There is a lot of popular interest in color psychology, but it’s also important to put it in perspective. The colors that the campaign would like to choose from a psychological perspective may not contrast with one another. In this case, it’s best to give priority to choosing colors that contrast and are therefore more easily seen by drivers passing by the campaign yard sign.

Moreover, there are different views on how much impact color has on people. Certain people are more influenced by color than others and depending upon someone’s mood and their basic personality their emotional response to color will be different than someone with a different personality or who is feeling differently.

The Color Psychology of Black

As a backdrop to the text of a sign, black can come across as dark and menacing. Black is rarely used as a background color on political lawn signs partly because of the negative feel to it. The positive association with black that’s most important to yard signs is power and authority. In addition to being a traditional color for text, black is a great choice as text particularly indicating the candidate but also the office sought because it symbolizes authority.

The Color Psychology of White

White reflects all light and can therefore create a sense of space drawing the eye to the copy on the candidate’s yard sign. On the other hand, particularly paired with black, white can feel sterile. To reduce printing costs, white is often the choice for text with a darker color outlining the candidate’s name and the office he or she is seeking. This creates a less expensive, one color lawn sign with a strong contrast between the background and text, which will more than compensate for the mild detrimental psychological effect.

The Color Psychology of Red

Unless there aren’t many other candidates on the ballot, it is often best to avoid red along with blue to differentiate a political campaign’s yard sign from the host of red, white and blue lawn signs from other candidates. With that said, when there isn’t a glut of candidate yard signs, red is a good color choice. It’s associated with love, warmth and comfort. It’s also associated with power as in the “power tie.” Finally, red is associated with the Republican Party and thus conservatism more generally.

The Color Psychology of Blue

While blue is associated with calmness and peace, this is generally a secondary consideration to white being a favorite color of many men and that it is a symbol of the Democratic Party. As mentioned, avoid red, white and blue when there are a number of candidates on the ballot to differentiate the political campaign signs from other candidate’s signs. If that isn’t the case, Democrats should consider this color since it is connected with party. Also, candidates who poll weaker with men could consider using blue on their yard signs since it will appeal to them.

The Color Psychology of Green

Green is a symbol of the natural world. This is a great color for a candidate that has made environmental issues an important part of the campaign. For a one color sign, using a dark green background and white letters presents a sharp, professional look inexpensively while communicating the importance of environmental issues to the candidate. Unlike some more subtle elements of color psychology with other colors, many voters will make the connection between a green yard sign and the environment as they will with a blue sign for a Democrat and red one for a Republican candidate.

The Color Psychology of Yellow

Yellow is the most visible color. It is bright and cheery. Because of these qualities it draws attention unlike any other color. It is a great choice for campaign yard signs particularly as a background with black text. Yellow, however, works well in combination with a number of other colors including brown, purple, blue and green.

The Color Psychology of Purple

If you are a populist candidate or otherwise want to come across as connected with the people of the district, this is a color to avoid as it indicates royalty and wealth. On the other hand, purple also indicates wisdom and spirituality. In a particularly religious district or one with a high population of academics, this color would work psychologically particularly if there are strong lower-case r republican leaning or a significant number of elitist voters.

The Color Psychology of Brown

Brown is a natural color and it gives people a sense of strength and reliability. While it doesn’t convey authority as strong as black, brown’s connection to nature and reliability are important for some campaigns. It is both a good alternative to black as a text color but is also a good choice for a background color. Brown isn’t often used in campaign materials and using it on a political lawn sign is a good opportunity to stand out from other yard signs while conveying a sense of strength and reliability.

The Color Psychology of Orange

Orange is an exciting color. It is part of the family of warm colors as well. Like yellow, orange is an attention getting color. Because it will draw the attention of voters driving by, orange is a great color to use on a yard sign. Because orange conveys excitement, a orange sign will subtly convey to voters that the political campaign is dynamic and has momentum.

For campaigns that want everything to be just so, factor in some of the concepts behind color psychology into the campaign’s yard signs. One of the best times to brainstorm what colors are best for lawn signs is during a general conversation about the color scheme for the campaign website, direct mail and other aspects of the campaign. This way, the campaign isn’t reinventing the wheel discussing colors options for every project and can choose colors that complement each area of the campaign.

First, thanks for reading this article! I really appreciate it.

I’ve been working on campaigns and elections professionally since 2004 and in volunteer capacity for ten years. Over the last decade, I’ve found that yard signs, unlike any other part of a campaign, elicits a love or hate reaction. I’ve been on a quest to figure out who’s right and it turns out that it’s somewhere in between those who think that yard signs alone can turn elections and detractors who avoid them completely.

I hope this article piqued your interested in yard sign design. I also suggest taking a step back and figuring out how many campaign yard signs your campaign needs based on the candidate’s name recognition, the type of race the candidate is running for and other factors.

8 Simple Steps To Improve User Experience On Your Website

When your users come to your website, you want them to feel as if everything works great, it's intuitive, and as if you can read their mind. The first thing to do is research your audience and then test out different ideas based on the research. Improve Your Load...

END_OF_DOCUMENT_TOKEN_TO_BE_REPLACED 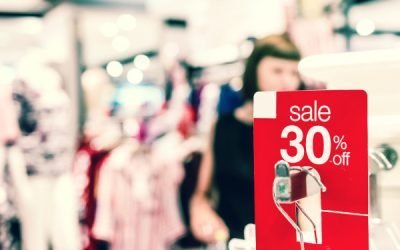 The Psychology of Color

On studying the psychology of color as effects on human emotions and human cognition. The Psychology of Color is primarily still within the realms of folk or commonsense psychology and has been widely associated with culture. The significance of color could well be...

END_OF_DOCUMENT_TOKEN_TO_BE_REPLACED 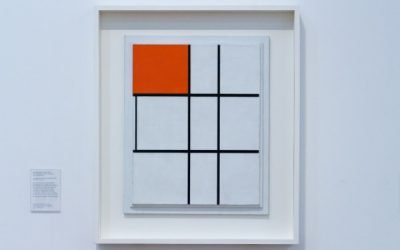 Does Color Effect Your Mood? Do our surroundings really have the ability to change our moods, or even effect depression? If you're not sure, just think about how you feel when your office is messy, or your bathroom is dirty, or your living room is un tidy. Do you feel...

How to Maintain Business Momentum

Not all goals are equal. The secret lies in setting a goal that will motivate versus one which will defeat you.

END_OF_DOCUMENT_TOKEN_TO_BE_REPLACED

How Do Business Owners Stay Focused?

Many entrepreneurs think their biggest problem is finding funding. But what those entrepreneurs forget is the demon of distraction.

END_OF_DOCUMENT_TOKEN_TO_BE_REPLACED

How Do You Embrace a Growth Mindset?